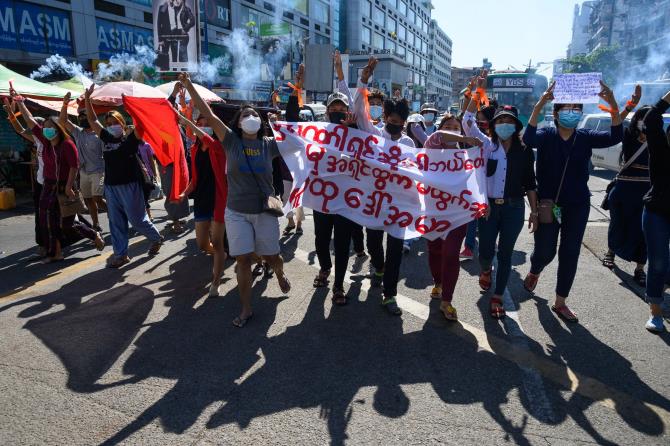 Anti-coup protesters march down a street in Yangon, Myanmar. (Photo: AFP-Yonhap)
Soldiers in Myanmar have been accused of killing 13 people from a village near the city of Monywa in retribution for bomb attacks on a military convoy.

The area has seen strong resistance to the military junta, as the BBC's Jonathan Head reports.

If there were any doubts about how brutal the conflict in Myanmar has become, this incident will dispel them.

Two improvised explosives were placed on road used by the military.

One detonated early, killing the two men who planted it.

Two more men were reportedly detained and shot dead by the military after the second device exploded.

Residents say forces then swept through nearby villages, capturing six men and five teenage boys who were hiding.

They said their hands were tied and they were then shot and their bodies set alight.