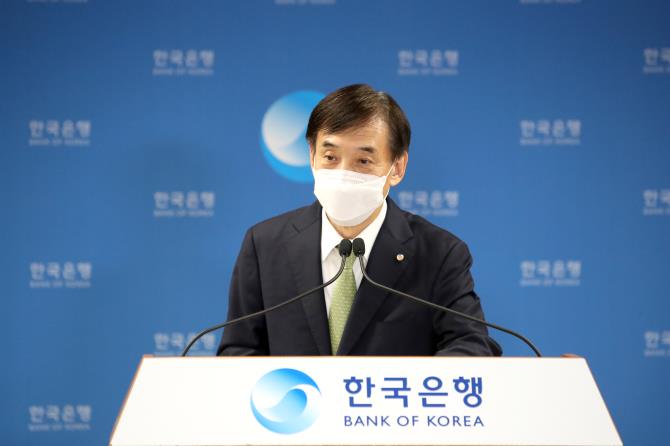 (Photo: Yonhap News)
South Korea's central bank on Thursday held its key rate at a record low of 0.5 percent, but sharply raised its growth outlook for the year.

Amid signs of a recovery in exports, the Bank of Korea said the local economy will expand 4 percent in 2021 from February's estimated 3 percent.

He said, however, that more patience was neccessary on monetary policy and that the BOK would prepare for "appropriately" normalizing its accommodative settings, without elaborating.

The latest rate freeze decision was unanimous, according to Lee.

He added that the government's extra budget would boost this year's growth by around 0.2 percentage point.

The BOK also raised its inflation outlook for this year to 1.8 percent, compared with its previous forecast of 1.3 percent.

Many nalysts have predicted that the BOK may not raise its key rate throughout this year as a wave of domestic coronavirus cases show little signs of slowing down.