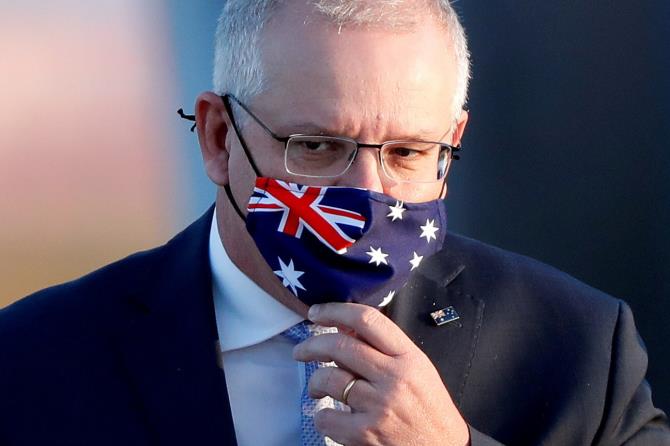 Australian Prime Minister Scott Morrison (Photo: Reuters-Yonhap)
Australia has joined the United States in a diplomatic boycott of the upcoming Beijing Winter Olympics, confirming that it will not send officials or politicians to the Games.

Prime Minister Scott Morrison made the announcement Tuesday, saying China had failed to respond to Australian concerns about its human rights record.

The Australian Olympic Committee said it supports the government in Canberra's decision.

So, what that means is that 40 Australian athletes will be competing in Beijing.

But, those Australians politicians and diplomats who would normally attend will be staying away and as far as Australia is concerned, it believes it is part now of an international movement, sending a very clear message to China that these alleged human rights abuses of its minorities, of its Uyghur minorities, won't be tolerated.