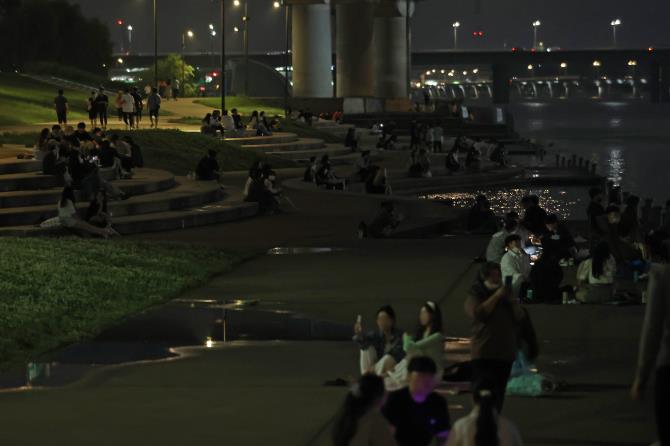 (Photo: Yonhap)
The Seoul Metropolitan Government will lift on Monday a ban on late-night drinking at Han River parks in the capital.

The move is in line with the central government's plan to gradually return to pre-pandemic life.

The ban on alcohol consumption on park grounds between 10 p.m. and 5 a.m. was introduced in July, when the country was hit by the fourth wave of COVID-19.

City officials said the decision to ease drinking restrictions were made considering similar moves in neighboring Incheon and cities in Gyeonggi Province as well as riverside convenience stores being hit hard by the pandemic.

However, local authorities will continue to enforce the wearing of masks at the parks and crack down on large groups.