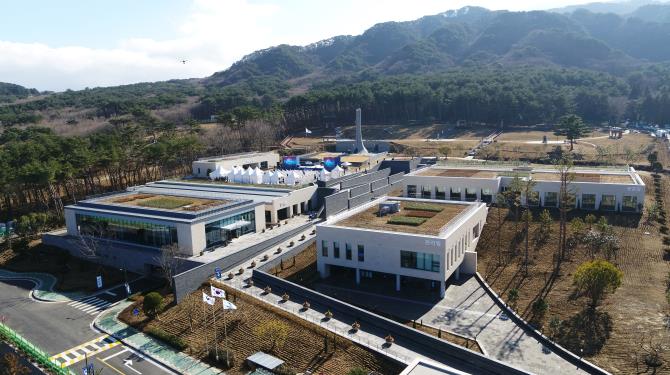 The veterans affairs ministry said fallen heroes, including independence fighters and those who died during the Korean War, will be buried at the Jeju National Cemetery.

Nestled in Mount Halla, the cemetery spans 270,000 square meters and will be able to accommodate up to 10,000 people.

The first person to be buried at the cemetery is Staff Sergeant Song Dal-seon.

Song died in a battle at the height of the Korean War in May 1951.

His remains were recovered in 2011 and recently identified.