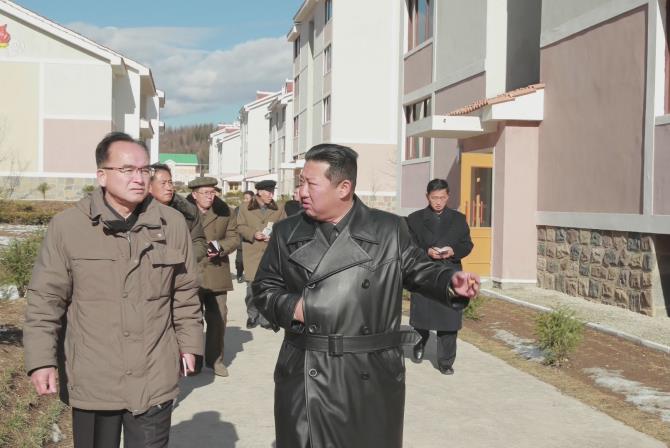 (Photo: KCNA-Yonhap)
North Korean leader Kim Jong-un made on Tuesday his first public appearance in more than a month.

The North's state-run Korean Central News Agency said Kim visited the northwestern city of Samjiyon, near the border with China.

The regime leader toured the city and praised officials for their "lofty loyalty, strong will and sweat" to push forward with a major development project underway in the area.

Samjiyon is known to be the birthplace of Kim's late father and former leader Kim Jong-il.

The development of the city was originally scheduled to be completed by 2020 in time for the 75th founding anniversary of North Korea's ruling Workers' Party, however, they failed to meet the deadline amid crippling international sanctions and a prolonged border closure to block the spread of COVID-19.